Referee decisions will be announced via microphone through the arenas in future, as it is practice already in the NHL and the KHL

This System has been set to test in Linz during the last game for the first time.

Referee Smetana skated to the middle of the Arena during the game of the Black Wings 1992 and the EC Red Bull Salzburg, touching his headset and announced:" Salzburg, number 55 - 2 minutes for Hooking."

The System will be used from now on in other arenas as well, as reported in the Kronen Zeitung. Both head Referees will be equipped with this device and will be sharing their decisions with the audience in real time. 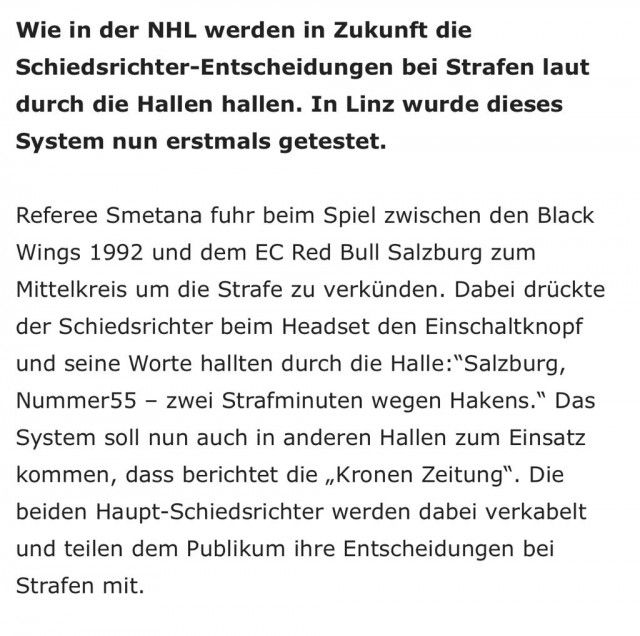 By accepting you will be accessing a service provided by a third-party external to https://www.dietreuen.at/